Your group is planning to attend …

The Pinto case burst into the national consciousness after Mother Jones magazine published an investigatory piece by journalist Mark Dowie titled “Pinto Madness” in 1977. The article referred to the Pinto as a “firetrap” and “death trap” and castigated Ford for “placing a dollar value on human life.” 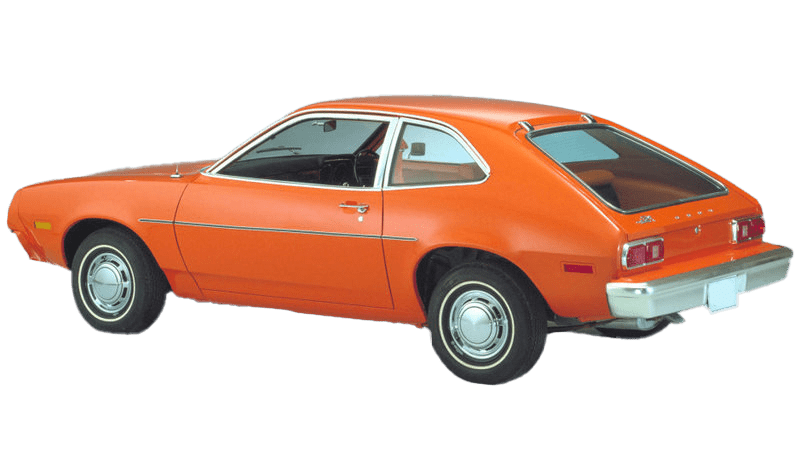 Course Number: NP-F-G-1007W
Scheduled: This webinar is currently not scheduled.
Get notified the next time it is scheduled.

Your group is planning to attend. Register now.

The Ford Pinto scandal is now part of the lore of American culture. The Pinto was a subcompact car manufactured by the Ford Motor Company for the model years 1971–1980. During the 1970s, there were many documented cases of Ford Pintos bursting into flames as a result of rear-end collisions.

The Pinto case burst into the national consciousness after Mother Jones magazine published an investigatory piece by journalist Mark Dowie titled “Pinto Madness” in 1977. The article referred to the Pinto as a “firetrap” and “death trap” and castigated Ford for “placing a dollar on human life.”

The company took a beating when it was revealed in the media that Ford knew about deficiencies in the fuel tank system, but proceeded with the design anyway based on the results of a cost-benefit analysis included in what is now referred to as The Pinto Memo.

The conventional wisdom is that Ford showed callous disregard for safety and reduced human life to a dollar value in its prioritization of profits over consumer safety and ethics. However, the case against the Pinto was not so clear-cut:

In light of the above, do you think history should look more kindly on the Ford engineers that worked on the Pinto project?

Not so fast … The fact remains that Ford’s engineers discovered in pre-­production crash tests that rear­-end collisions would rupture the Pinto’s fuel system extremely easily. Several inexpensive modifications were devised (some less than $10/vehicle) to make the Pinto less susceptible to fuel leakage and fire following a rear-end collision. Yet, none were implemented.

This webinar will not proffer any opinion on the ethics of Ford’s decisions regarding the Pinto. The objective of the course is to present the facts and debates so that the student can formulate his or her own opinions. The case encompasses multiple ethical dilemmas that are frequently encountered in the engineering profession and the student is encouraged to reflect on the manner in which those dilemmas apply personally.

Attending a NoonPi group webinar is easy. Your group administrator has already pre-registered your group and provided you with this registration link. Click the “Register Now” button and give us your full name as it should appear on your certificate of completion and your email address.

Your group administrator will have the viewing area prepared for you before the webinar begins and will provide you with the viewing location. Here are a couple of tips:

About two business days after we receive the attendance logs from your group administrator, you will receive an email with instructions about how to retrieve your Certificate of Completion for the webinar. Just follow the instructions in the email to log into your NoonPi account and answer the short survey about how well we met the learning objectives. Your certificate will be immediately available for download at that time. Remember, you must complete the survey within 14 days of webinar completion in order to be receive your certificate. If you are licensed in the state of Ohio, you must pass a short quiz in order to receive a certificate valid in Ohio.