On July 17, 1981, the fourth floor skywalk at the Kansas City Hyatt collapsed during a dance contest being held in the hotel atrium. The accident, which killed 114 people and injured nearly 200 others, was the deadliest structural failure in the history of the United States. 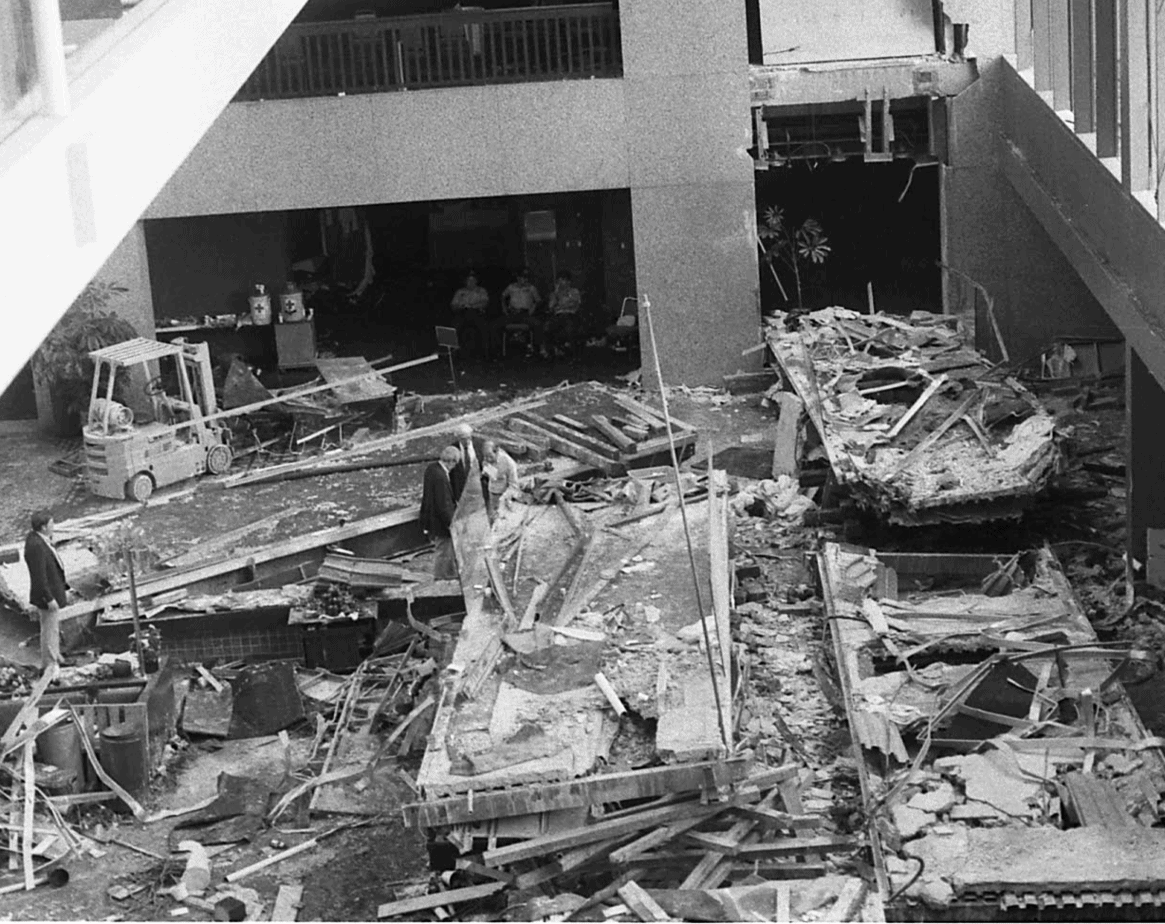 This webinar is currently not scheduled.
Get notified the next time it is scheduled.

On July 17, 1981, the fourth floor skywalk at the Kansas City Hyatt collapsed during a dance contest being held in the hotel atrium. The accident, which killed 114 people and injured nearly 200 others, was the deadliest structural failure in the history of the United States. But what is perhaps even more troubling to learn is that the tragedy could have been avoided. In fact, this failure was the result of a simple design error.

This webinar will examine the chain of events leading up to the tragedy and discuss the impact this event has had on the engineering profession. We’ll discover how the engineer’s inattention to constructability issues led the fabricator to change the original design. We’ll also learn about a major structural failure during construction of the hotel that should have raised a “red flag” in the design. And we’ll see how the direct cause of the accident was the engineer’s failure to review shop drawings that he stamped with his professional seal. As a result of these errors, the engineer of record and the project engineer responsible for designing the skywalk were found guilty of gross negligence, misconduct, and unprofessional conduct in the practice of engineering. Both engineers lost their P.E. licenses in the state of Missouri.

Additionally, we’ll learn how deficiencies in the Kansas City building code and inadequate staffing inhibited the Kansas City Codes Administration Division’s ability to prevent this tragedy. Finally, we’ll discuss lessons that can be learned from this incident to help ensure that a similar tragedy doesn’t happen again.